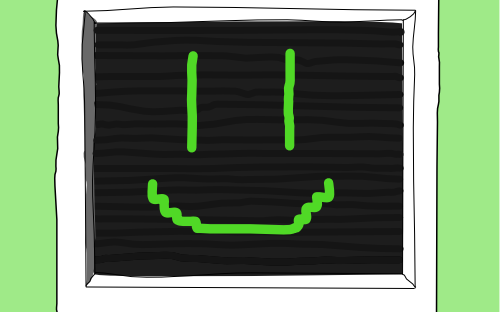 In inter_linked, the androids are the stars of the show but they’re not like the ones you’ve seen before in fiction!

The androids of inter_linked aren’t hard-programmed and made with specific rules or Laws like in Assimovian fiction.

Instead, they are tested extensively to learn from human behaviors and develop stronger reasoning.

In the real world, this is a concept called “Machine Learning”, which is currently being studied and nowhere near the intelligence level of a fully-functioning android. (they can play Atari, though!)

When machines learn from humans, however, it means that sometimes they pick up behaviors or ideas from us that don’t exactly make sense to them.

In one chapter in the second half of the story, an android hurts himself and Anny treats him with a bandage – even though some glue and duct tape would do fine. The android sees the bandage as a symbol of healing and caring, even if it isn’t the most practical solution.

The androids may seem pretty human, right? Well, they sure don’t look it.

There are two major manufacturers of androids so they come in two varieties:

One are shaped like humans, but they’re made entirely out of metal and plastic parts and have bright LED eyes that can display a myriad of different expressions. Many androids Anny and WISR meet along the way look like this.

One are shaped like humans, but they’re made entirely out of metal and plastic parts and have bright LED eyes that can display a myriad of different expressions. Many androids Anny and WISR meet along the way look like this.

The other kind are made with soft and squishy with huggable silicone and lightwight plastics to make them more human-like. But unfortunately, regulations gotta regulate and budgets gonna… budge? So instead of spending the time and effort and money and research figuring how to articulate a face and make it not creepy, they slapped a big ol’ computer monitor on the top and called it a day. Androids like WISR can display tens of emoticon expressions and maybe play Pong if he gets bored.

He also wishes you would not hug him.

inter_linked The Series is the fun, sarcastic story of a girl and her android.

Follow the adventures of Anny and WISR as they try to help every robot they can, while the hardest part of the journey is putting up with each other.