Please do not use the following information to treat, prevent, or cure any ailment or disease. Talk to your doctor before taking any herbal supplements for treatment.
And don’t eat Tide Pods.

Herbs, plants, and roots are all very important to the people in the world of Faehunter. They’re used for healing, for food and, of course, for magic.

So, to research a bit more about the plants and herbs that appear in Faehunter, I went to Flower Power Herbs and Roots in New York City and took a look at what magical stuff was in store. 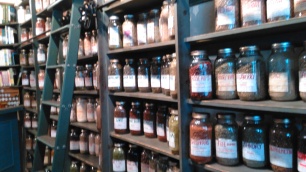 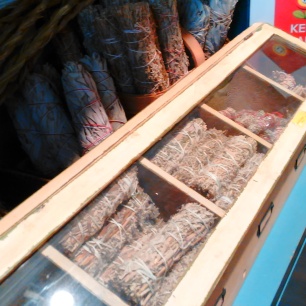 Baskets of candles, potpourri sachets, and bundles of sage for smudging sat between shelves heavy with scrying glass and magic mirrors and other helpful tools of the trade.

In many cultures from Native American tribes to Witchcraft, burning sage (or “smudging”) is used to purify an area, person, or even an object.

Sage for smudging will often come in small bundles that make burning easier and the smoke smells fantastic.

In Faehunter, sage smoke is often used for similar purposes, to purify before conducting any major magical undertakings. Magic for mortals – beyond something simple like lighting a candle – takes a lot of effort and preparation.

The clearing before her spread a wide circle tucked into the cradle of a gently rising slope, ringed with small, white stones and dotted with thorny Hawthorn trees.

One of three plants considered sacred to the fae in Celtic literature, hawthorn is often viewed as the most holy. It is believed to mark the entrance to the Annwyn (an-NOON) or the “Otherworld”.

Legend tells that it is incredibly unlucky to cut down a Hawthorn bush when it is not in bloom, although it is an integral part of Beltane (May Day) traditions.

In the city of Twinefold, hawthorn shrubs grow abundantly, especially in Langley Park. They surround and protect the holy faery Rath where the Court of Air and Darkness meets under every quarter moon – and every seven years for the Tithe. 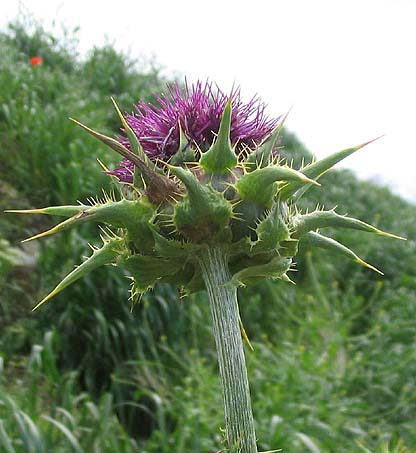 Deaglan swept a fingertip along the delicate trickle of crimson blood at Mara’s wrist before Shannon could apply the pungent ointment, sticking it in his mouth.

“Sleep Toxin,” Deaglan named, “And a lot of it. Concentrated essence of nightshade, we need milk thistle.”

Milk thistle is currently being studied for its detoxifying properties and potentially as an aid for alcoholism, liver problems, and cancer prevention.

As large-scale agriculture is hard to maintain in the dense forests of The Cradlelands, milk thistle roots are often eaten for food in the city of Twinefold, most typically roasted with butter.

Its healing properties are also invaluable when healing magic is often difficult for others to manage. It is used in oils, ointments, and poultices and is integral in first aid when it comes to poisonings and toxins.

More and more arms of ivy, living and green, climbed up and around the spindly metal desk and twined with morning glories and lilacs.

Morning Glory is said to have magical properties relating to peace-keeping and preventing nightmares, much like lavender.

In the city of Twinefold, morning glories often climb up walls of buildings as well as twining in the trees, blooming in the late mornings when the sun climbs over the treeline.

Outside the city, the “water spinach” variety blooms in the Adalasia River which forms the city’s southern border. The water spinach is harvested and eaten for food.

And who can forget, of course, the most powerful spice of all?

Thanks again to Flower Power which is located at 406 East 9th Street, between Avenue A and 1st in New York City.